This animation art is mainly used in the generic of movies, TV presentations or advertisements. It appeared since 1950, when the static texts from movie presentations were transmitted sequentially, creating the impression of movement. Only in 1960 appeared texts, words and then moving letters defining the true art of kinetic typography. The role of this art is to transmit messages to impress and thrill the audience. Movement texts accompanied by appropriate sounds and animations create attention to the audience and guarantee the success of the producers. This art is made by artists-printers using standard animation programs such as Adobe Flash, Adobe After Effects and Apple Motion. It tried also, as this art to be done automatically by some programs but until now didn’t succeed, it remaining further a profession of design artists. More about this art you can find on Wikipedia.

Watch below two examples of kinetic typography taken from Youtube . There are short videos up 1.10min . Enjoy! 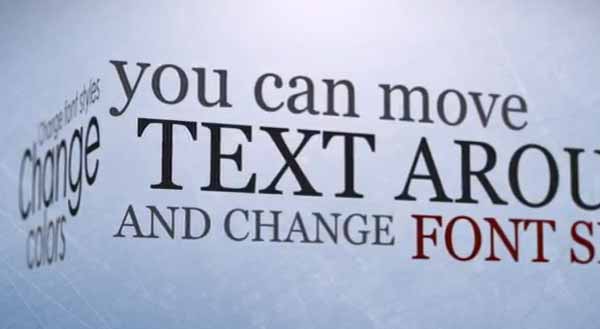